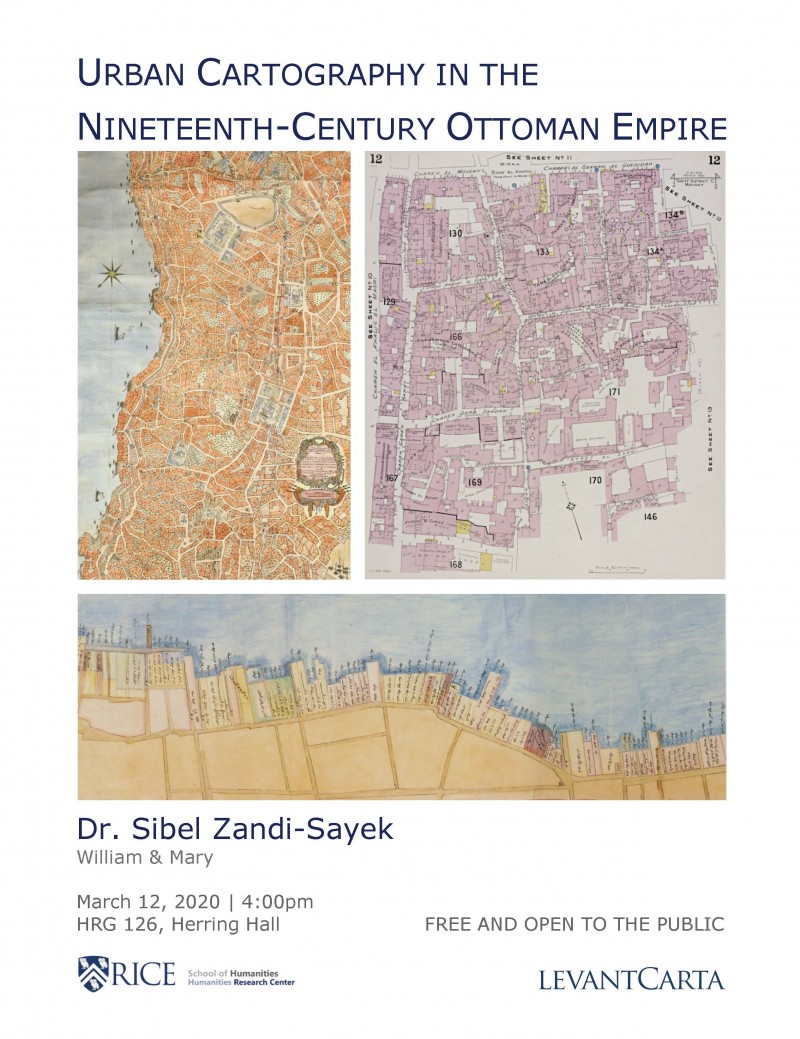 Urban Cartography in the Nineteenth-Century Ottoman Empire, by Sibel Zandi-Sayek

This talk explores the particular manifestation of urban maps in the Ottoman Empire during the long nineteenth century. Identifying general patterns as well as specific exemplary instances of urban maps, it traces the cartographic practices and activities of representing urban places in the region. The talk highlights the production, distribution, and use of Ottoman urban maps; the technological developments, economic and political changes, and historical events that affected the expression of these maps; as well as the scholarly challenges of studying nineteenth-century urban cartography in the region.

Sibel Zandi-Sayek is Associate Professor and Chair in the Department of Art and Art History and founding co-director of the Asian and Middle Eastern Studies at William and Mary. She holds professional degrees in architecture and city planning from the University of Pennsylvania, and a Ph.D. in architectural history from the University of California, Berkeley. Her research and publications focus on the architectural and urban dimensions of cross-cultural exchange, the cosmopolitan geographies of the Eastern Mediterranean, the modernization of urban space in the Middle East and North Africa, and the politics of space and identity in the late Ottoman Empire. She is the author of Ottoman Izmir: The Rise of a Cosmopolitan Port, 1840-1880(University of Minnesota Press, 2012), awarded the M. Fuat Köprülü award for best book in Ottoman and Turkish Studies. Her research has been supported by the Social Sciences and Humanities Research Council of Canada, the National Endowment for the Humanities, the Aga Khan Program for Islamic Architecture, and the Fulbright Institute for International Education. Her current project investigates the architectural and spatial manifestations of industrial and missionary networks in the late Ottoman Empire.