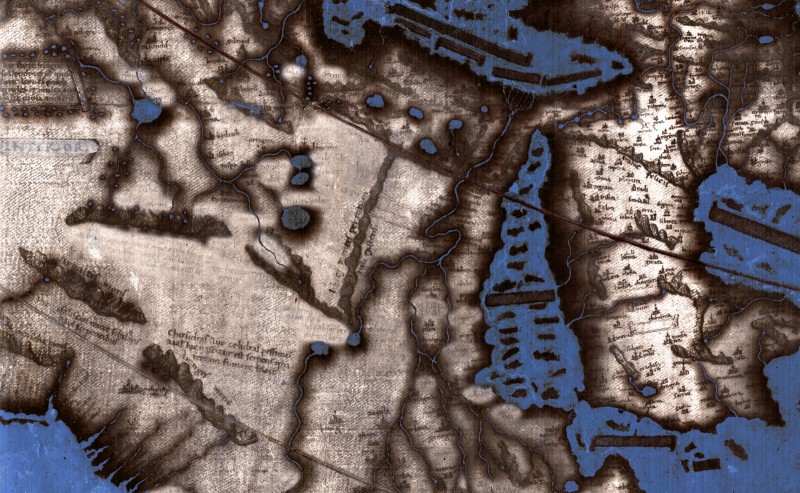 In this talk Van Duzer will give an account of a recent project funded by the National Endowment for the Humanities to make multispectral images of a world map made by Henricus Martellus in about 1491, which is held by the Beinecke Library at Yale. This large map has long been thought to be one of the most important of the fifteenth century, and was thought to have influenced Martin Waldseemüller’s world map of 1507, but the many texts on the map were illegible due to fading and damage, and thus its exact place in Renaissance cartography was impossible to determine. The new multispectral images have rendered most of the previously illegible texts on the map legible. Van Duzer will explain why the Martellus map was an excellent candidate for multispectral imaging, describe the process of making the images, show the results, and give an account of the place of the Martellus map in late fifteenth- and early sixteenth-century cartography.