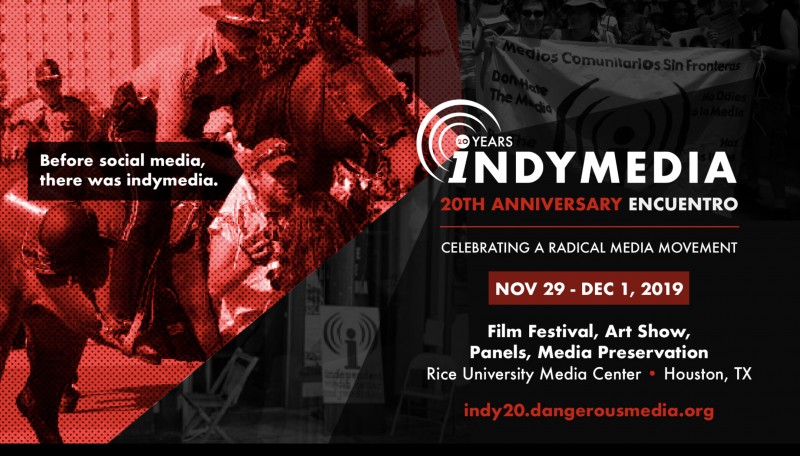 Before there was social media, there was indymedia.

This year marks the 20th anniversary of when the first Independent Media Center came to life amid clouds of tear gas, as hundreds of volunteer reporters documented protests against the World Trade Organization in Seattle, starting on November 30, 1999. That week indymedia.org received 1.5 million visitors. It was the first node in a global citizen journalist movement that encouraged people to determine what was news and report and comment on it themselves.

Part of indymedia’s mission was the goal: “Don’t hate the media, be the media.” Its decentralized collectives used open source software to build websites with open-publishing newswires where people could post print, photo, audio and video content. They also collectively produced documentaries, hosted radio shows and published newspapers. Most have dissolved, but the principles and challenges they wrestled with remain relevant. Unfortunately the lessons they offer tend to be overlooked… until now.

We invite you to celebrate this radical media movement with a 3-day “Indymedia 20th Anniversary Encuentro” on November 29 through December 1, 2019. The title references a Spanish term for “convergence” used by the Zapatistas in Mexico who inspired Indymedia’s horizontal structure and much more.